The Knowledge Production Project (KPP) is a data search, visualization, and analytics platform. Eight years in the making, KPP strives to collect, organize, and correlate knowledge produced in the English language on the Middle East since 1979.

Teams were built for each of these databases, which then developed their procedures for identifying sources; mining data; cataloguing and coding entries; and maintaining quality control. The descriptions and methodologies used for each database follow.

Caveats, detailing the particularities of data collection or limitations of a particular database, are included. 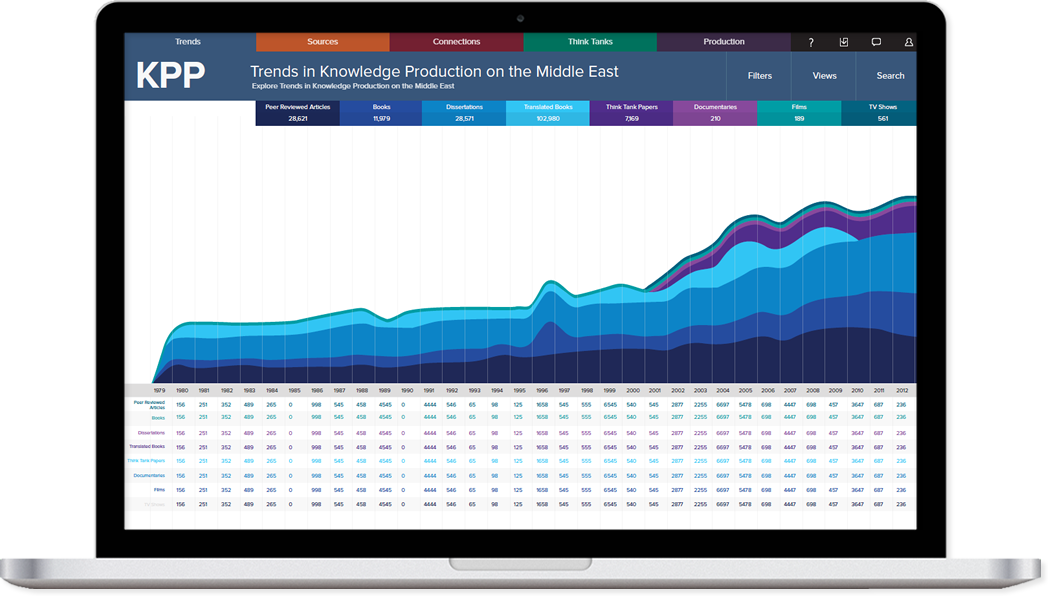 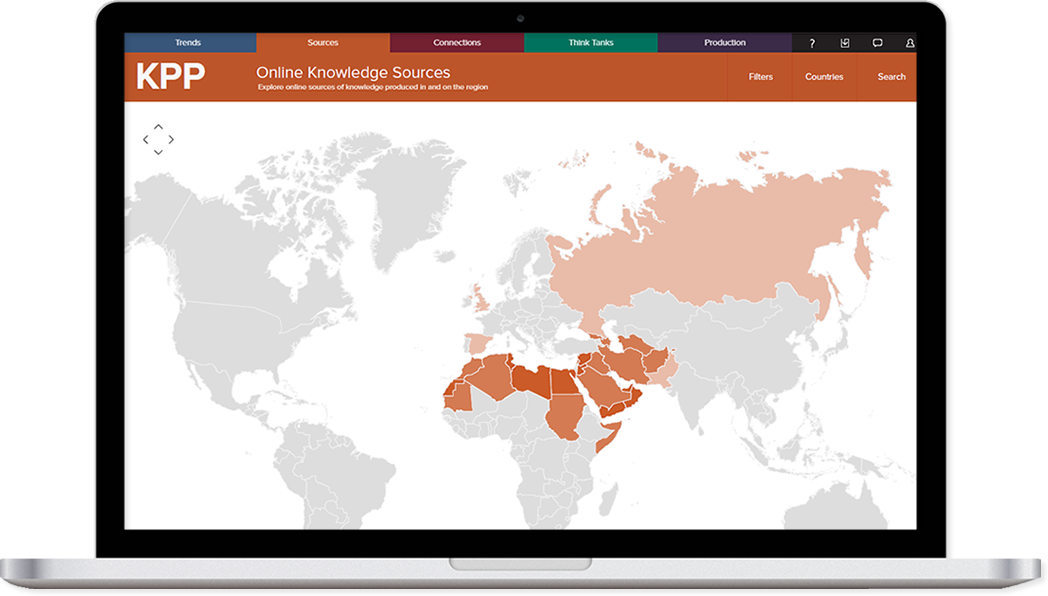 Explore websites, blogs, and other online sources of knowledge produced in and on the region. 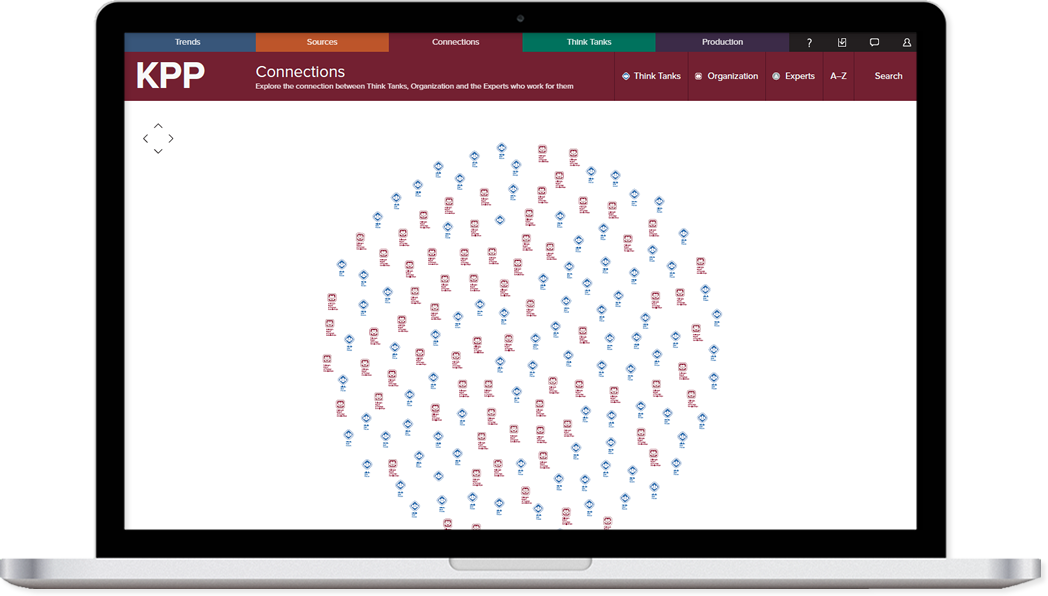 Investigate the connections between experts, think tanks, government institutions, and other organizations. 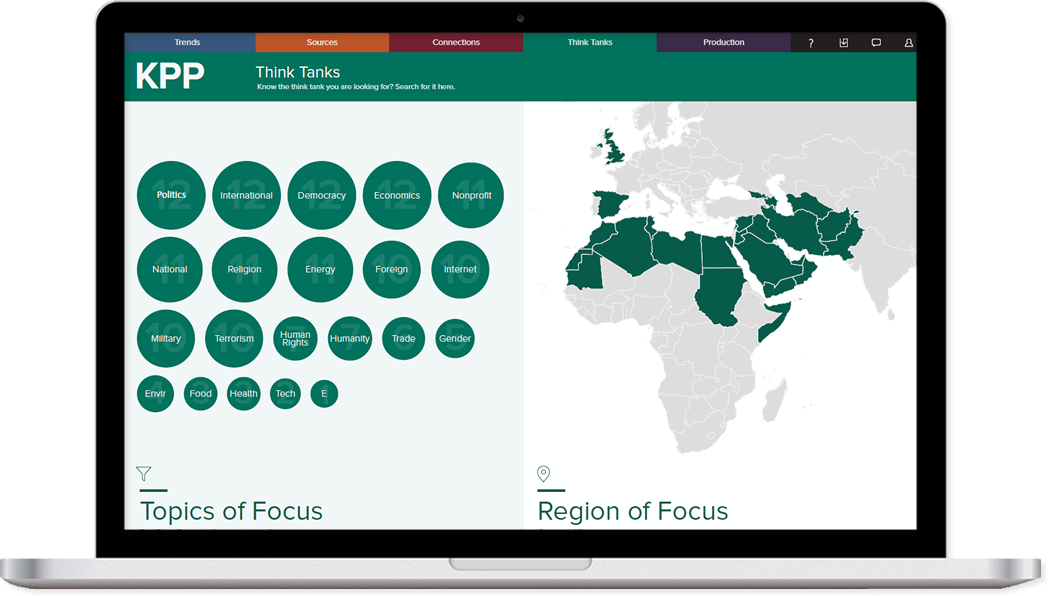 Identify and gather data on numerous think tanks producing knowledge on the region. 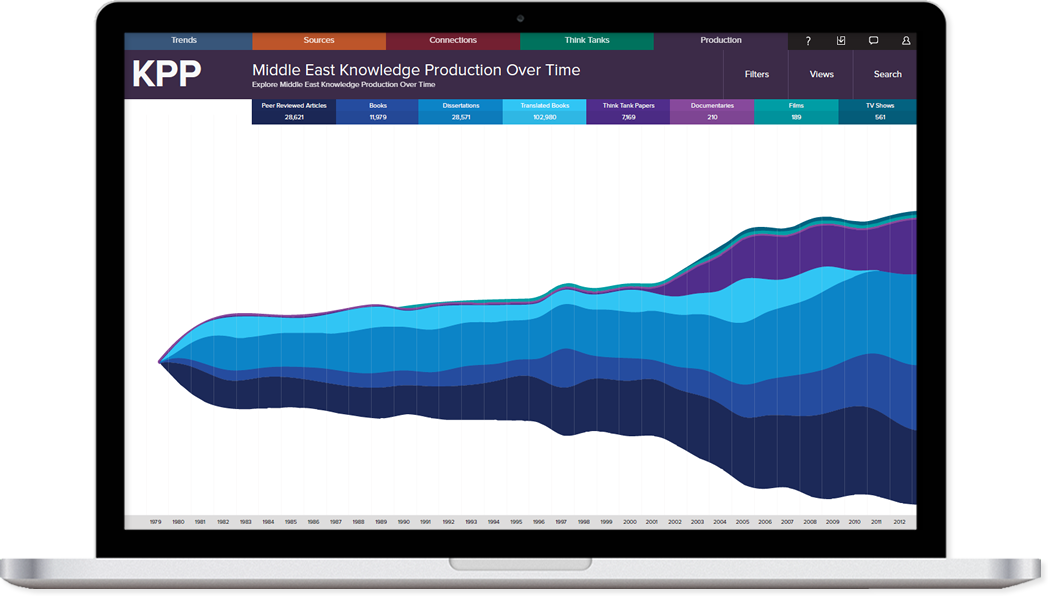 Examine major historical trends and contemporary patterns of knowledge production on the region.